How to install CyberGhost on Amazon Fire Stick or Fire TV 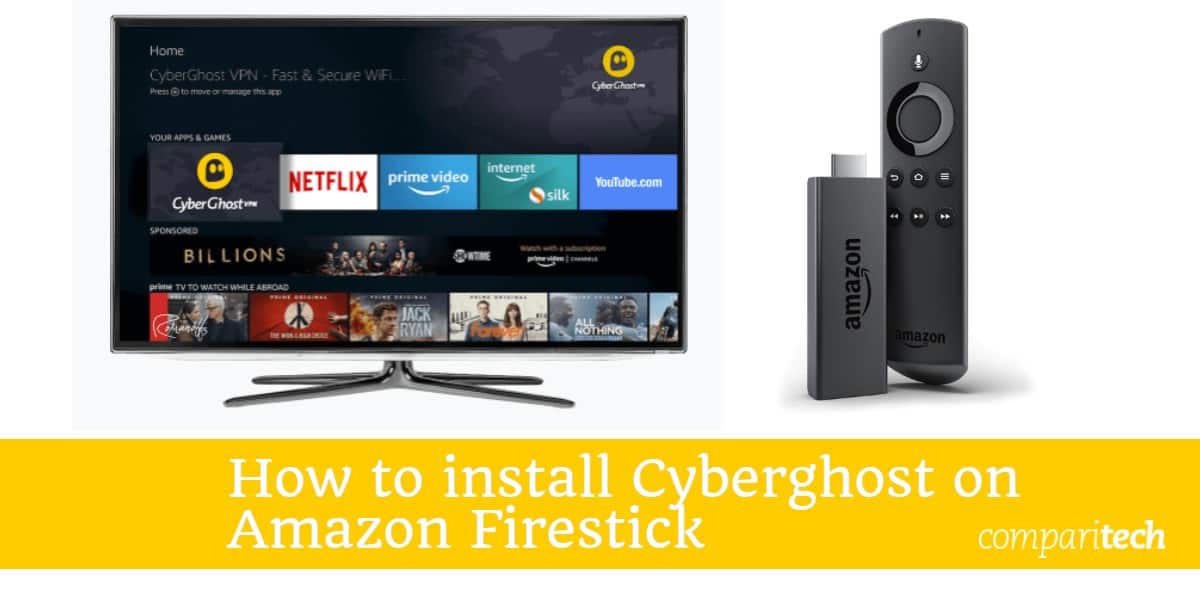 CyberGhost is one of the best VPNs for streaming video and unblocking geo-locked content, and it just got better with the release of its app for Amazon Fire TV. The app can be installed on any recent Fire TV device, including second-generation or later Fire TV Sticks and the Fire TV Cube. Better still, it’s currently discounted by over 70%.

Here’s how to install CyberGhost on Fire TV in just a couple of minutes:

READER DEAL: Save over 70% on CyberGhost’s 1-year plan here. And benefit from 6 months extra free.

Note that if you use CyberGhost on other devices, you have a limit of seven devices that can be registered at a time. If you attempt to exceed that limit, you’ll be directed to a screen that allows you to remove all the other devices from your account.

This isn’t permanent and you can add or remove devices at any time. However, if you don’t want to boot all your other devices off CyberGhost, you can remove one at a time by logging into your account dashboard on the website from a computer or smartphone.

CyberGhost is a fantastic VPN that makes it super easy to unblock your favorite sources of streaming video. CyberGhost can unblock US Netflix, BBC iPlayer, Hulu, and Amazon Prime Video, among others. It also works great with Kodi, which pairs well with Amazon Fire devices.

CyberGhost maintains a strict no-logs policy and is the only VPN to get a perfect score in our latest VPN security assessment. Speeds are great, plenty enough bandwidth to keep you streaming in high quality without buffering.

If you’re using an older Fire device, such as a first-generation Firestick, then the CyberGhost app may not work for you. If that’s the case, you’ll need to either configure the VPN on your wifi router or set up a VPN-protected virtual router on a laptop.

The process for configuring a VPN on a router varies widely depending on your router model and firmware. Your router firmware may not support VPNs by default, so you might need to replace the firmware with an open-source alternative like Tomato or DD-WRT. Exercise caution if you go this route, as replacing firmware, a process called “flashing,” can permanently damage your router if not done correctly.

Setting up a virtual wifi router is less risky and easier, but requires having a laptop handy. Check out the video below to see how to do this on Windows: