Which countries pay the most and least for Amazon Prime Video?

In 2016, Amazon announced its launch of Prime Video in over 200 countries. And with video streaming services becoming increasingly popular, we decided to check out whether Amazon Prime Video customers are getting a good deal for their money.

To determine this, we looked at several things:

So what did we find?

Furthermore, both Australian and Canadian customers pay nearly 34 percent more per title than US customers.

Unlike all of the other countries where full Prime benefits (e.g. free shipping) are available and Prime Video is included, customers in the UK and Ireland are able to purchase Prime Video separately from Prime. This makes the service 29 percent cheaper than if they used it through Prime. And because it has the second-biggest library (11,066 titles), the UK is the most cost-effective place to watch Amazon Prime Video based on cost per title.

See also: How to watch Amazon Prime with a VPN 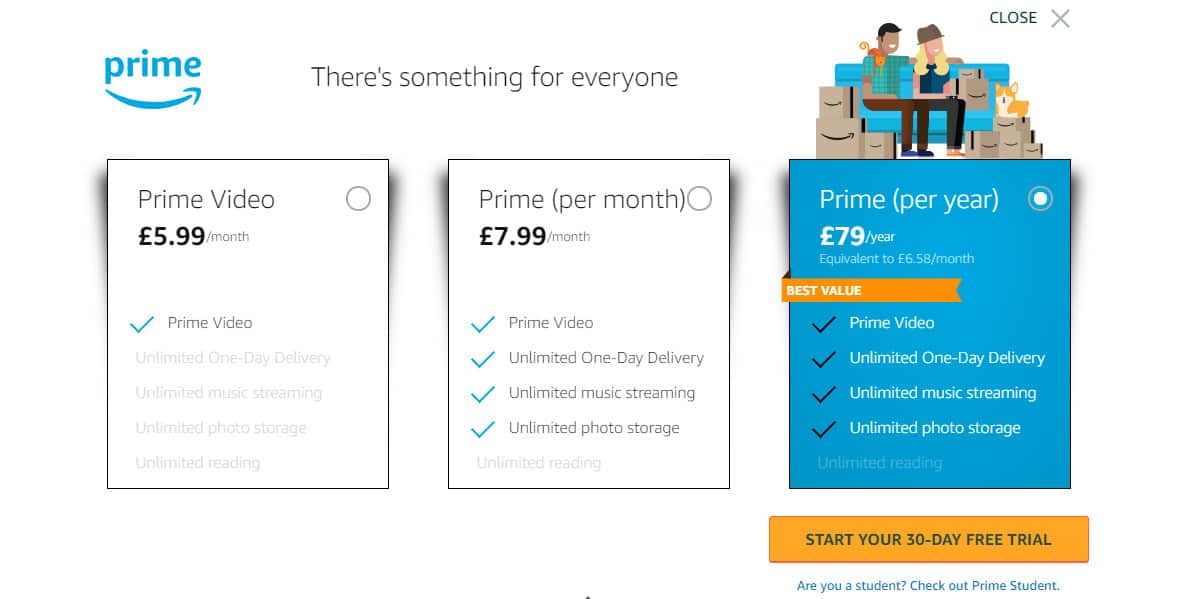 As we’ve seen, on a value for money basis (based on cost per title), the UK pips the US to the post – just! US customers pay nearly 3 percent more per title than UK customers (based on UK customers purchasing the Amazon Prime Video service on its own).

However, it’s those customers in Singapore who seem to get the rawest deal. They pay 172 percent more per title than UK customers!

We’ve also included the cost-effectiveness (or lack of) in 18 other countries, according to Just Watch figures:

Mid to worst value for money (cost per title)

The top 10 cheapest places to get Amazon Prime Video

When it comes to how much Amazon Prime Video is per month, the US and UK don’t come close to the top at all, with the US ranking as the most expensive place and the UK ranking as the 22nd cheapest place. In fact, compared to the average cost per month ($6.56 or £5.11), the UK is nearly 16 percent more expensive than average and the US is nearly a whopping 66 percent more expensive!

In stark contrast, India is 115 percent cheaper than average – and we can’t account this to it having the most limited library. Rather, India boasts 2,351 titles, which is approximately 230 percent larger than Singapore’s measly library of 713.

Where is Amazon Prime Video the cheapest?

The top 10 most expensive places to get Amazon Prime Video

As we’ve seen, the US is the most expensive place to get Amazon Prime Video, which is likely due to the fact that you aren’t just getting Prime Video as part of this service. You’ll automatically receive access to its music library, free delivery, and various other perks. However, that doesn’t help if you only want to access its library of videos (which is pretty extensive!).

Where is Amazon Prime Video most expensive?

How to watch the US Amazon Prime Video library

While you can get cheaper subscriptions in the likes of India and Japan, you will get a much smaller library size as well. Based on all of the above figures, you’re going to get the best value for money in the UK. That being said, US Prime Video subscribers enjoy by far the biggest library.

And while a move to another country to access this library may be out of the question, you could consider using a VPN. Not all VPNs will work but we maintain a list of VPNs that do work with the US version of Amazone Prime Video, which you can find here.